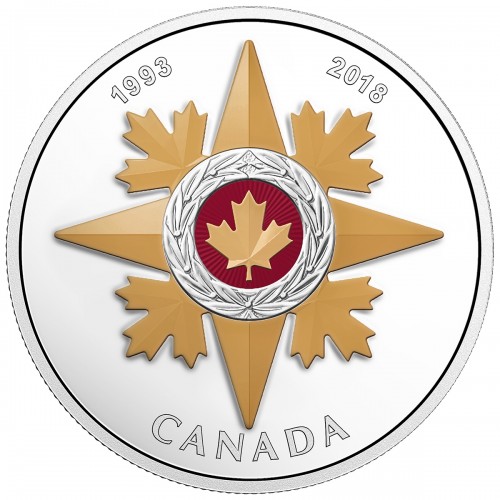 The mark of courage under fire, the Star of Military Valour is one of Canada's highest military honours for valour in combat. Established in 1993, it is awarded to members of the Canadian Forces and their comrades-in-arms for "distinguished and valiant service in the presence of the enemy." Its star-shaped insignia graces the reverse of this 25th-anniversary tribute piece, where translucent paint over engraving adds the true colours of the actual decoration.

The Star of Military Valour: A History

On February 2, 1993, Her Majesty Queen Elizabeth II approved a series of three military valour decorations to be added to the Canadian Honours System: the Victoria Cross (V.C.), the Star of Military Valour (S.M.V.) and the Medal of Military Valour (M.M.V.).

These national honours had been the focus of repeated discussion and lobbying efforts since the establishment of the Decorations for Bravery, which broadly recognized any acts of courage, civilian or military. It was against the backdrop of the Gulf War of 1990-1991 that the Honours Policy Committee moved forward with the creation of separate valour decorations for the military. Today, the Star of Military Valour represents this nation's second-highest honour for courage in combat, and the highest awarded during Canada's engagement in Afghanistan.

Your coin is a tribute to Canada's highest military honours for valour in combat. Order today.

Special features:
EXCEPTIONAL SERIES, EXCEPTIONAL CANADIANS: Given the success of the 2017 Canadian Honours coins, we are pleased to continue the commemorations in 2018 with the 25th Anniversary of the Star of Military Valour coin.
FIRST TIME THE STAR OF MILITARY VALOUR HAS APPEARED ON A COIN: It is a design the Royal Canadian Mint know well as each insignia is specially crafted by us.
25 YEARS OF RECOGNIZING COURAGE IN COMBAT: A special tribute to the recipients of the Star of Military Valour, which celebrates its 25th anniversary in 2018.
BEAUTIFULLY CRAFTED IN 1 OZ OF 99.99% PURE SILVER: Your large (40 mm) coin combines precision engraving with a complex colour application, all in a proof finish that makes your coin a stunning collectible and poignant tribute piece.
STRUCK AND IN FULL COLOUR: Translucent paint over engraving adds the true colours of the actual Star, which is also meticulously crafted by the Royal Canadian Mint.
LOW MINTAGE: Your coin has a low limited worldwide mintage of 5,500.
INCLUDES SERIALIZED CERTIFICATE: The Royal Canadian Mint certifies all of its collector coins. Most of these are serialized certifications, meaning that each certificate is given a unique number, starting at 1.
GST/HST EXEMPT: Your coin is GST/HST exempt.

Design:
Your coin features a detailed reproduction of the Star of Military Valour, one of three Military Valour Decorations established in 1993. As originally designed by the late Bruce W. Beatty, C.M., S.O.M., C.D., the four-pointed gold star is patterned after the Star of Courage, with sculpted maple leaves positioned at each of the four angles. The Star's colours are replicated by an application of red, silver and gold translucent paint over the engraved elements—especially the maple leaf superimposed in the centre and surrounded by a laurel wreath. The reverse includes the engraved commemorative dates "1993" and "2018", as well as the word "CANADA". The obverse features the effigy of Her Majesty Queen Elizabeth II by Susanna Blunt. 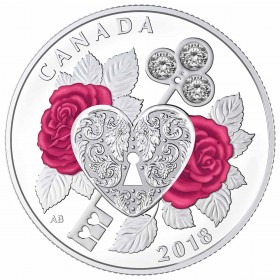 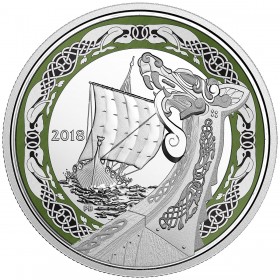 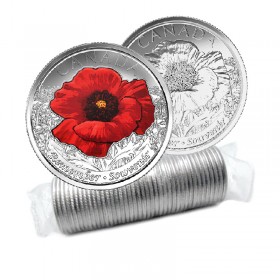 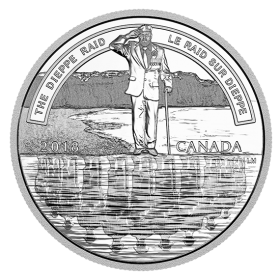 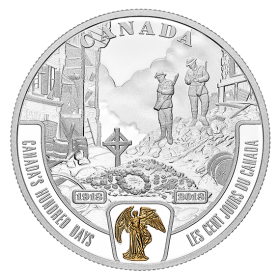 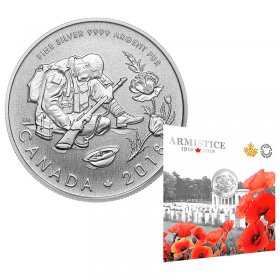 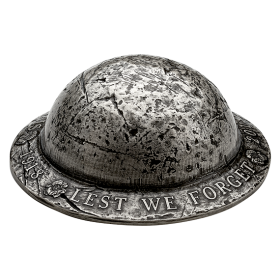 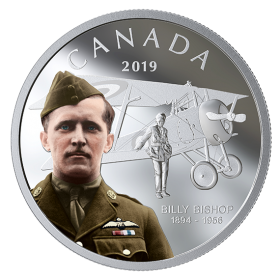 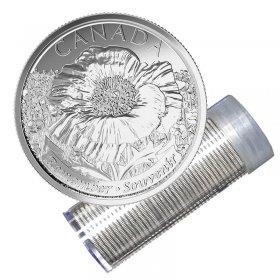