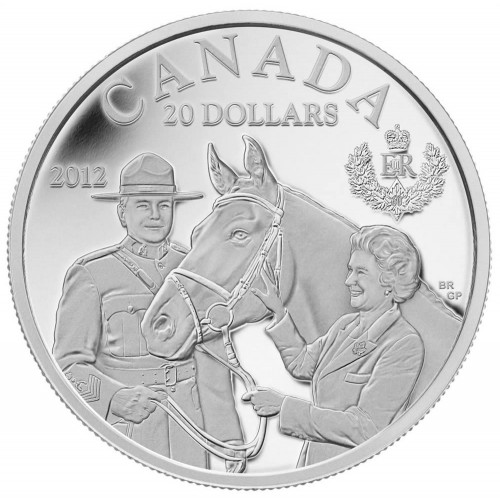 The year 2012 marks the Diamond Jubilee of Queen Elizabeth II—a celebration around the world of the 60th anniversary of Her Majesty’s reign. Festivities in Canada will acknowledge Queen Elizabeth II’s lifetime dedication and service to her subjects, to the Commonwealth, and to innumerable charitable causes.

To commemorate important milestones, the Royal Canadian Mounted Police (RCMP) have a long-standing tradition of presenting Her Majesty with one of their best horses. Queen Elizabeth II has been an avid animal lover since she was a child, and has long been particularly interested in horses and equitation—an important part of her royal heritage. Over the years, Her Majesty has developed the exceptional level of skill and knowledge required to not only own but breed fine thoroughbreds.

As the Honourary Commissioner of the RCMP since June 1953, the Queen has a well-established relationship with Canada’s national policing organization. In addition to their shared appreciation for equitation and her honorary position, the Queen’s son, His Royal Highness Prince Edward, Earl of Wessex, is the RCMP’s Honourary Deputy Commissioner. The first RCMP horse presented to Her Majesty was also one with whom the Queen developed a bond that lasted more than 20 years: PSH (Police Service Horse) Burmese.

Born in 1962 and bred at the RCMP Remount Detachment in Fort Walsh, Saskatchewan, Burmese was a pure black filly. While Burmese had one of the most coveted features for an equine participant in the RCMP’s internationally renowned Musical Ride equestrian presentation—pure black colouring—she was so small that initially her breeders doubted her future in the Musical Ride. However, Burmese surmounted the odds and went on to become a Prima Donna of the Musical Ride.

In 1969, the RCMP was planning a trip to England to participate in the Royal Windsor Horse Show. Before setting off, RCMP officials learned that the Queen sought a new riding horse. They decided to present her with one of the RCMP’s finest horses, ultimately choosing Burmese. The Queen proudly accepted this stunning black RCMP mare. First, however, the Queen wanted to watch her new mare perform the Musical Ride a final time—to the delight of the thousands of onlookers gathered at the Royal Windsor Agricultural Show.

Burmese’s fame across the United Kingdom was instant. The Queen rode her at Windsor Castle, and at formal events like Trooping the Colour, Her Majesty’s annual Birthday Parade. When Burmese retired in 1986, the Queen insisted on putting her to pasture right beside Windsor Castle so that Her Majesty could have her companion of more than 16 years nearby. Burmese passed away in 1990.

- Designed by Canadian artist, Bonnie Ross, the coin depicts a smiling Queen Elizabeth II gently holding the reins and stroking the jaw of Burmese, who is flanked by an RCMP Sergeant Major, The Riding Master of the RCMP Musical Ride. This 99.99% pure silver coin features the Queen’s royal cipher and the maple garland crest bearing the number 60 to commemorate Her Majesty’s Diamond Jubilee.

2012 Canadian $20 Queen's Visit To Canada With The RCMP Proof Silver Coin comes encapsulated and presented in a maroon clamshell case lined with flock, black sleeve and Certificate of Authenticity.

Design: In 1969, the Royal Canadian Mounted Police presented The Queen with a prized horse from its musical ride. PSH (Police Service Horse) Burmese became one of her favourites; a star among the many commemorative horses she has received from the RCMP over the years. 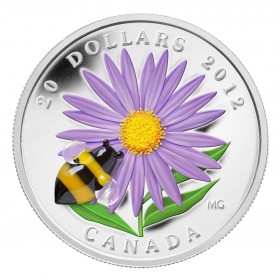 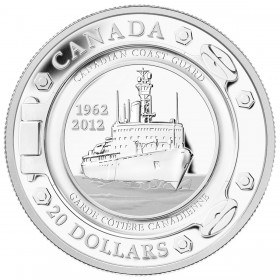 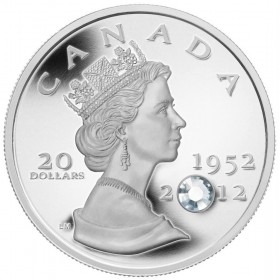 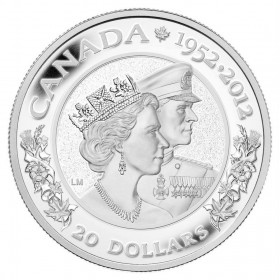 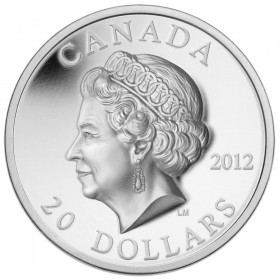