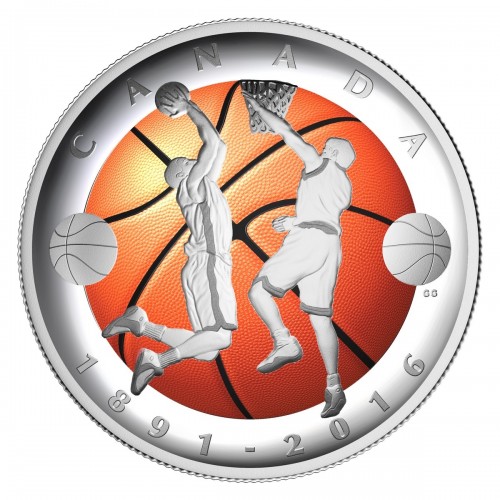 The rules are simple—the pace, exciting! Whether playing offence or defence, every player has the opportunity to let their skills shine in a game of basketball; but this action-packed sport also relies heavily on teamwork, where smooth passes and soaring rebounds are just as important as the gravity-defying dunks and three-point plays that drive spectators wild. Invented in 1891 by a Canadian, Dr. James Naismith, in 1891, basketball has evolved over time to become one of the most popular sports played around the world. Whether you're playing indoors or outdoors, it doesn't take much to play a simple pick-up game—all you need are two players, a ball, and a shared love for the game.

If you enjoy basketball, this coin was made for you! Order today!

Special features:
A MINT FIRST! Introducing our first-ever coloured convex-shaped coin!
RECREATES THE ROUNDED APPEARANCE OF A BASKETBALL! Your coin's unusual curvature offers the perfect canvas for recreating the rounded appearance of a basketball.
LOW MINTAGE! Only 8,500 coins will ever be made worldwide!
Celebrate the 125th anniversary of a sport invented by a Canadian. Your coin's design includes the commemorative dates of "1891-2016" that mark basketball's 125th anniversary.
OUTSTANDING ATTENTION TO DETAIL! Precision engraving replicates the tactile elements that are famously associated with the basketball—specifically the recessed lines and dimpled surface!
A SLAM-DUNK GIFT IDEA! The unforgettable coin design makes this a must-have for collectors, and a slam-dunk gift, ideal for any basketball fan!
99.99% PURE SILVER! Crafted in 99.99% pure silver, your coin is GST/HST exempt!

Design:
Designed by Canadian artist Glen Green, your coin uses the coin's deeply convex curvature to recreate the rounded shape of a basketball. In addition to the engineering complexity of the coin's unusual shape, precision engraving replicates the tactile elements that are famously associated with the basketball—specifically the recessed lines and dimpled surface—while the application of colour captures its iconic orange appearance. In the foreground, an engraved action shot captures the classic, fast-paced intensity of the game: the player on the left leaps towards the net as he goes for a dunk shot, while the player on the right moves quickly to defend the shot with his outstretched arm. On both sides, two engraved basketballs overlap the wide band that frames the reverse image, where the word "CANADA" is engraved above the commemorative dates "1891-2016" that mark basketball's 125th anniversary. As the one side of your coin is convex, the other side is concave.

To keep athletes moving indoors during the cold winter months, James Naismith of Almonte, Ontario, invented basketball as a team-based game of skillful passing while teaching Physical Education at the International Young Men's Christian Training School in Springfield, Massachusetts. Points would be scored by throwing a soccer ball into the peach baskets mounted to the balconies on either end of the gym—although someone would need to climb up a ladder to retrieve the ball since open-ended nets were only introduced in 1913.

After its debut on December 21, 1891, the game was a hit and the first players who participated in those early games—including ten students from Quebec—introduced basketball to athletes and students elsewhere. In Canada, the sport's popularity is evidenced by the early success of a women's team known as the Edmonton Commercial Graduates (Grads), who reigned supreme between 1915 and 1940 as four-time world champions. By the 1930s, the sport had already spread to over 50 countries. Basketball's status as a sport was cemented when it became an official Olympic event during the 1936 Games in Berlin, where its inventor was on-hand to present the silver medal to the Windsor Ford V8s of Windsor, Ontario. 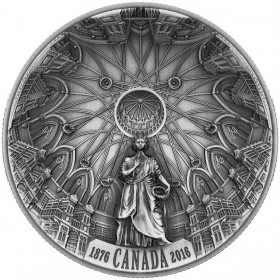 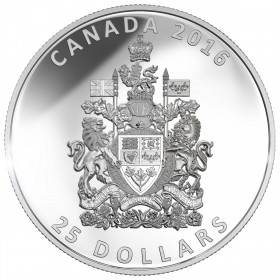 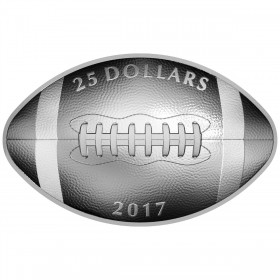 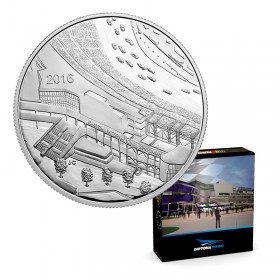