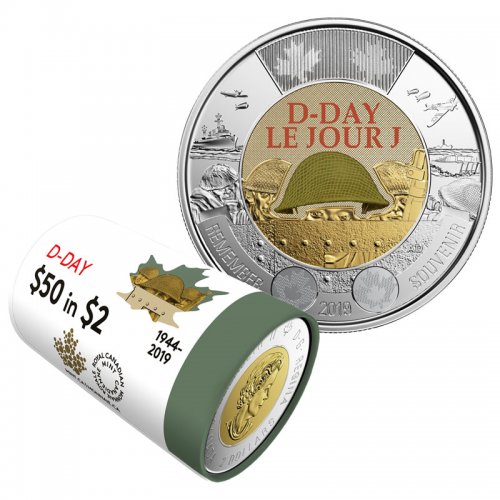 Each coin is a precious keepsake honouring the 14,000 Canadians who were among the 150,000 Allied troops that landed on June 6, 1944, and salutes the forces that supported them by air and sea.

A MUST-HAVE 75TH D-DAY COMMEMORATION COIN ROLL: A lasting tribute to anyone who has served in the Canadian military.
HONOUR THE COURAGE OF THOSE WHO SERVE: Your coloured $2 Special Wrap Roll is the latest issue in the Royal Canadian Mint's proud tradition of honouring Canada's rich military heritage with special commemorative designs on the $2 circulation coin.
UNIQUE TOUCHES OF SELECTIVE COLOUR: The coins in your $2 Special Wrap Roll feature selective colour for heightened visual impact.
SPECIAL COMMEMORATIVE WRAP: Features a unique D-Day design.
EXCLUSIVE: Only 15,000 coin rolls available worldwide.

Your riveting coin design by Canadian artist Alan Daniel is charged with tense anticipation as Canadian soldiers peer from their landing craft en route to Juno Beach. This compelling landing craft perspective extends beyond the inner core to the outer ring where naval and air forces support the Allied landings. D-DAY/LE JOUR J is engraved above the soldiers' helmets. At the bottom, the words REMEMBER/SOUVENIR flank 2019.

Did you know…
"D-Day" is military shorthand to ensure the dates for field missions remain secret. The letter "H" was also used for "hour", e.g. D-2 would mean two days before D-Day, while H+3 would indicate 3 hours after H-Hour. It is unclear how the invasion of June 6, 1944 became known as "D-Day." Its official name was "Operation Neptune."
Innovative tanks were developed to ensure victory on D-Day and throughout the Normandy Campaign. The Sherman DD could swim; the Sherman Crab had chain mail that would spin to detonate mines and shred barbed wire; the Churchill Bobbin lay matting on sand; and the Churchill Fascine filled enemy trenches with brushwood.
Supplying the troops after D-Day and throughout the Normandy Campaign was a massive undertaking. Portable docking facilities were built to ensure ships could deliver food, medical supplies, weapons and troops to the European continent. A long underwater pipeline called "Pluto" (Pipe Lines Under The Ocean) was also built to carry fuel from England to Normandy.

D-Day in Numbers:
80 kilometres of heavily defended Normandy coast was the target invasion zone on D-Day
5 German-occupied beaches code-named Sword, Gold (assigned to the British forces), Juno (Canadians), Omaha and Utah (Americans) were captured
450+ Canadians parachuted inland before dawn on June 6th to flank the landings
14,000 Canadian troops came ashore as part of the 150,000 Allied assault force
10,000 sailors and 110 ships from the Royal Canadian Navy (including destroyers, corvettes, minesweepers, landing ships and landing craft) were among the 7,000 Allied vessels that supported the landings
55 Royal Canadian Air Force squadrons earned the Battle Honour Normandy 1944 as part of an Allied Air offensive that included 4,000 bombers plus some 3,700 fighters and fighter-bombers that attacked prior to D-Day, during the landings, and throughout the campaign
359 Canadians lost their lives on D-Day, with the total number of Canadian fatalities rising to more than 5,000 by the end of the campaign. 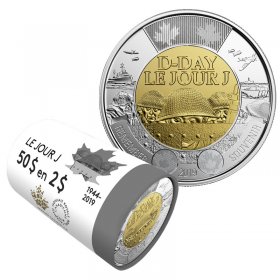 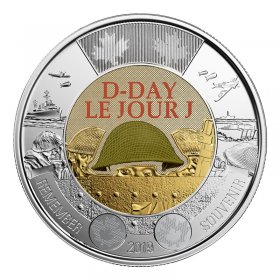 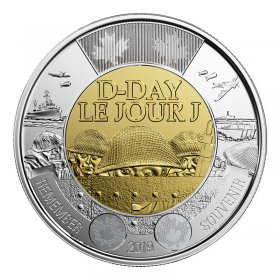