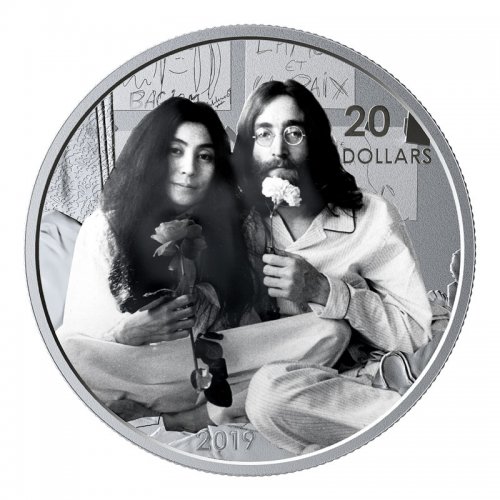 A lasting message of peace, recorded in Canada

Give Peace a Chance, the powerful anti-war anthem was created in Canada during John Lennon and Yoko Ono's famous Bed-In for Peace held in Montréal's Queen Elizabeth Hotel in May/June 1969. Forever etched in our collective memory, the world-famous event is now engraved in a pure silver collectible to mark its 50th anniversary. The coin features John and Yoko in one of their most famous and iconic images peacefully crafting a proud Canadian moment. Revisit a time when a cry for peace sparked a revolution that changed the world.

MINTING A WORLD-FAMOUS EVENT IN CANADIAN HISTORY! Montréal's "Bed-In for Peace" held by John Lennon and Yoko Ono, forever etched in our Canadian history, is now minted on an ever-lasting silver coin.
HONOURING A REVOLUTIONARY SONG MADE IN CANADA! Commemorating the most powerful anti-war anthem in history, the coin recalls the genesis of a song that echoed far and wide and still resonates today.
TRULY A COLLECTOR'S ITEM! Your collectible keepsake comes in a graphic beauty box, making this product truly special for John Lennon fans.
INCLUDES SERIALIZED CERTIFICATE! The Royal Canadian Mint certifies all of its collector coins.
99.99% PURE SILVER COIN! GST/HST tax exempt.

Coin features Ivor Sharp's famous 1969 photo of John Lennon and Yoko Ono during their 8-day Bed-in for Peace in Montréal's Queen Elizabeth Hotel. Sharp captured John and Yoko in an all-white setting surrounded by handwritten messages of peace — including one in French. The design portrays John and Yoko in black and white on an engraved coin. The obverse features the effigy of Her Majesty Queen Elizabeth II by Susanna Blunt.

“I thought often, and for many years afterwards, about the extraordinary experience of being in the company of John Lennon and Yoko Ono. Spending time with him left an enduring impression, and only partly because I was a young, star-struck fan. On a deeper level, I was moved by the sincerity of his idealism, and encouraged by his certainty that citizen action and the energy it generates can truly change the world. He was an inspiration. And as our world grows more cynical, my memories of his message—clear, simple and unafraid—grow fonder still.”

Did you know…
An international hit made in Canada: Give Peace a Chance, the most powerful anti-war anthem recorded in the Montréal hotel room hit #14 on Billboard Hot 100 and #2 on British Singles Chart. 5 months later, 1/2M anti-war demonstrators sang the song in unison on Moratorium Day in Washington, DC.
A valued Canadian stopover: Lennon and Ono married in Gibraltar in March 1969. They honeymooned in Amsterdam, where they held their 1st Bed-In for Peace. Montréal was their 2nd Bed-In nest, much to their Canadian fans content. Lennon appreciated the Canadian welcome and applauded the country for "not interfering in foreign countries".
Attempting to meet the PM: After the Bed-In, then aspiring politician Allan Rock invited Lennon to attend a Peace conference at the University of Ottawa. He promised John Lennon a meeting with Prime Minister Pierre Elliot Trudeau. Unfortunately, Trudeau wasn’t home when they dropped by...
A 1st solo single: Recorded in Montréal by Canadian music producer André Perry, Give Peace a Chance was released as a single by the Plastic Ono Band. The song was the 1st solo single by John Lennon. 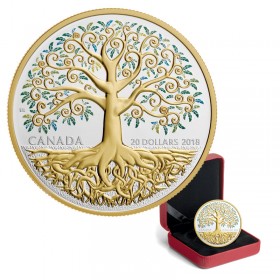 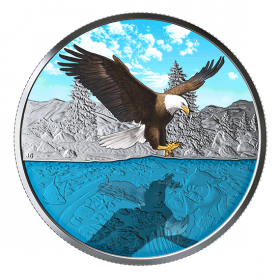 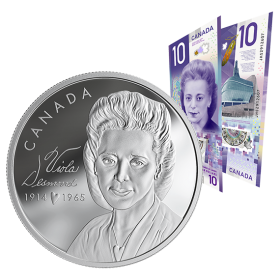 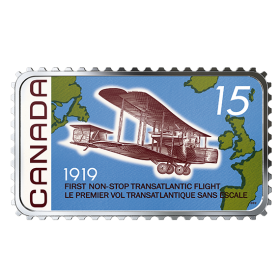