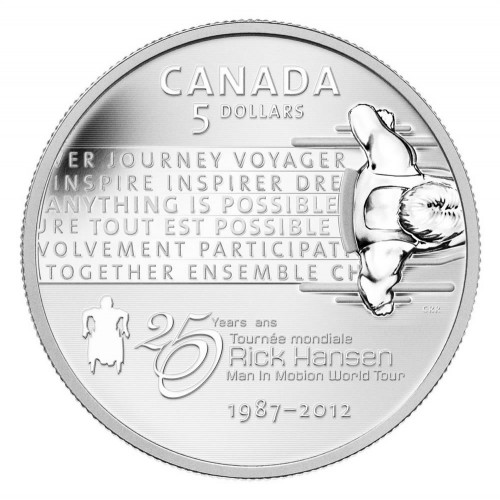 Anything Is Possible: Celebrating the 25th Anniversary of Rick Hansen’s Man in Motion World Tour

In 1972, a young and athletic 15 year-old boy named Rick Hansen and his friends were driving home from a day of fishing when the unthinkable happened: a car crash damaged Rick’s spinal cord, resulting in paralysis.

A natural 'doer,' Rick decided to show the world that while his disability changed the game, it certainly didn’t restrict him to the sidelines. With strong encouragement from coaches, friends, and family, he underwent rehabilitation, went on to be the University of British Columbia’s first student with a physical disability to graduate with a degree in physical education, and ultimately became a world-class athlete – with six Paralympic medals (three gold, two silver, one bronze) and winner of 19 international wheelchair marathons between 1979 and 1984.

In 1985, Rick embarked on his biggest dream yet: using his athletic skill to inspire hope, help deepen researchers’ understanding of spinal cord injuries (SCIs), and shine a spotlight on the needs of those with physical disabilities. The Man In Motion World Tour was born.

Rick and his team raised $26 million for SCI research; moreover, they inspired people around the world to believe in their own potential regardless of circumstance. The Tour’s legacy has been far-reaching, heightening awareness and informing new policies, codes, and legislation aimed at removing barriers for people with disabilities.

The year 2012 marks the 25th anniversary of the completion of the Man In Motion World Tour. Celebrations include the Rick Hansen 25th Anniversary Relay, which retraces the Canadian route of Rick’s original Tour and the Interdependence 2012 Conference for global best practices and collaboration in SCI research.

- This 99.99% pure silver 5-dollar coin features a limited worldwide mintage of 7,500 coins.
- The coin design was personally selected and approved by Rick Hansen himself.
- An exceptional way to commemorate an event that has changed the face of physical disability in Canada and around the world and brought hope to millions through enhanced research, collaboration, legislation, and public discourse.
- Features a custom-themed sleeve and high-quality maroon clamshell collector’s case. 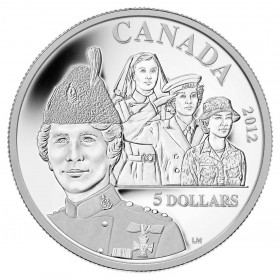 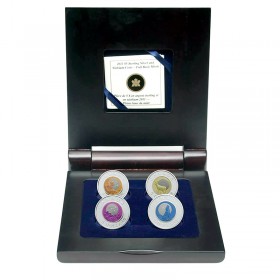