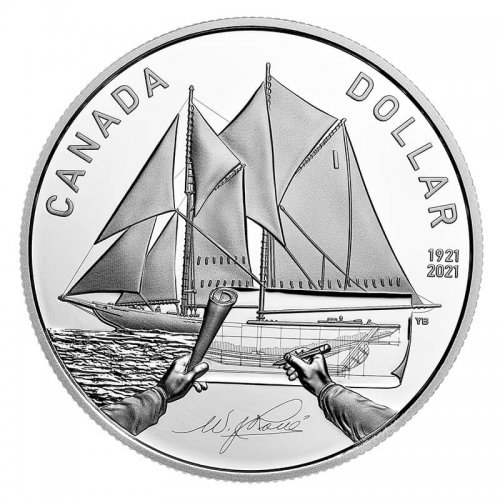 From vision to legacy: Our Bluenose Centennial celebration begins with the 2021 Proof Dollar!

Born on a drafting table a century ago, the legacy of Bluenose was set in motion. The year 2021 marks the 100th anniversary of the launch of Bluenose, the Grand Banks fishing schooner whose racing feats and indomitable spirit earned it the title of "Queen of the North Atlantic." The first port of call in our year-long celebration, the 2021 Pure Silver Proof Dollar turns back the clock to commemorate Canada's sailing ambassador, and the visionary naval architect behind its design. The Bluenose story begins here, born on a drafting table a century ago. And with the mixing of different frosting techniques (flat and traditional), your coin's engraved design simultaneously celebrates William J. Roué's vision and its fulfillment, with the birth of a racing champion.

Celebrate a beloved icon that outpaced its challengers and secured a permanent place in our hearts!

THE STORY BEGINS: Start at the beginning! This proof dollar represents the first chapter of a story that continues on multiple coins in 2021. It's part of a celebration of the Bluenose journey, from design to launch and throughout its racing years, as well as its enduring legacy.
THE MINT'S FLAGSHIP PRODUCT: This year's pure silver proof dollar celebrates the 100th anniversary of Bluenose, the world-famous schooner whose racing success made it a beloved Canadian icon.
PRIDE OF LUNENBURG, N.S.: Artist Yves Bérubé is based in Lunenburg, N.S., where Bluenose was proudly built and launched, and where it called home.
MIXED FROSTING: To strike a contrast between William J. Roué's vision and its fulfillment, the first-person perspective of the design process is flat frosted while the image of the Bluenose under full sail is traditionally engraved frosted. The result is a smooth transition from concept to launch.
A TRIBUTE TO A VISIONARY: The design includes two personal touches: the signature of naval architect William J. Roué, as it appears on Roué's hand-drawn sail plan of Bluenose.
1921 OBVERSE: Your proof dollar features the historic effigy of George V. This is the obverse that appeared on Canadian coins in 1921, at the time of the launch.
A HISTORICAL TREASURE: This is the ship that captured a nation's heart and lifted its spirit! Bluenose is the pride of Nova Scotia and a Canadian icon. It has also been a big part of the Royal Canadian Mint's story since 1937, when it first appeared on our 10-cent circulation coin.
LIMITED MINTAGE: The newest addition to your collection is crafted in 99.99% pure silver and has a limited mintage of 30,000.

Designed by Canadian marine artist Yves Bérubé, your coin's reverse travels back in time to see naval architect William James Roué (1879-1970) completing his design for the legendary Bluenose schooner. The first-person perspective is flat frosted to distinguish between Roué's vision and the inspiring sight of Bluenose under full sail. As an added tribute, W.J. Roué's signature is included as it appeared on the original Bluenose sail plan.

The obverse features the effigy of King George V by Sir E.B. MacKennal. Learn more about Canada's best-known naval architect and designer of our national icon. 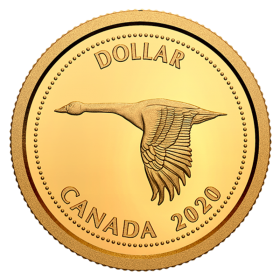 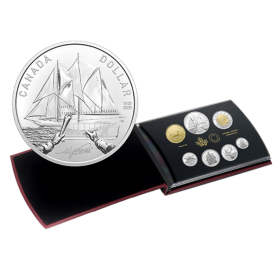 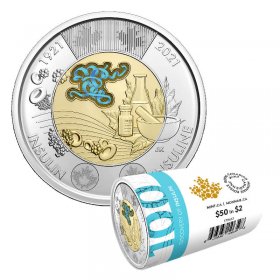 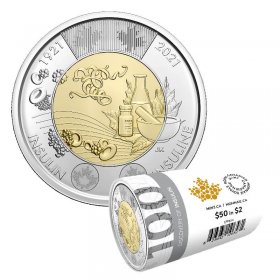 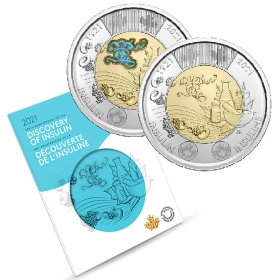 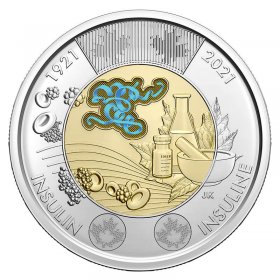 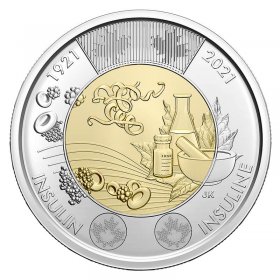 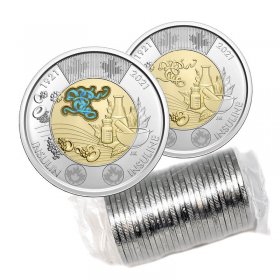