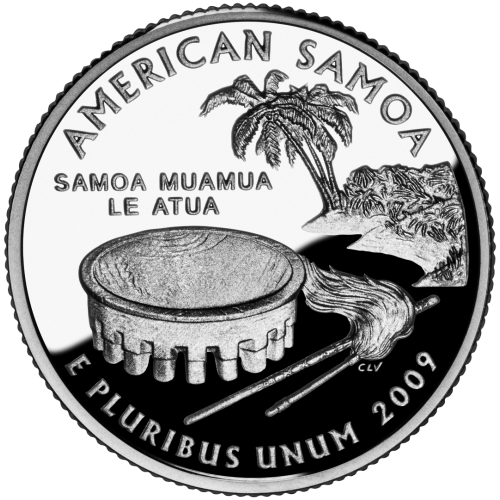 Launched in 1999, the United States Mint’s 50 State Quarters Program was a 10-year initiative that honored each of the nation’s states in the order that they ratified the Constitution or were admitted into the Union. Each quarter was produced for about 10 weeks and will never be produced again. State designs are displayed on the reverse (tails) of the quarters, while the obverse design displays the familiar image of George Washington.

Following the conclusion of the 50 State Quarters Program, a second one year follow up series was authorized known as The District of Columbia and United States Territories Quarter Program. This separate program featured six additional quarters with designs representing the six U.S. jurisdictions which are not classified as states.

The American Samoa Quarter was released on July 27, 2009. This represented the fourth release of the 2009 DC & US Territories Quarter Program. This program followed the popular 50 State Quarters Program with six additional quarters for U.S. jurisdictions not classified as states.

Obverse design:
John Flanagan's portrait of George Washington (modified by William Cousins) is featured on the obverse. Also seen are the inscriptions "UNITED STATES OF AMERICA," "QUARTER DOLLAR," "LIBERTY", "IN GOD WE TRUST" and the mintmark.

Reverse design:
The reverse design of the American Samoa Quarter features items used in special Samoan ceremonies against a background image of the coastline. The items include the ava bowl and the whisk and staff. The ava bowl is used to make a ceremonial drink during important events. The whisk and staff represent the rank of Samoan orator.  The inscriptions read “American Samoa,” “Samoa Muamua Le Atua” (translated: “Samoa, God is First”), “E Pluribus Unum,” and the date. The reverse was designed by Stephen Clark and sculpted by Charles Vickers. 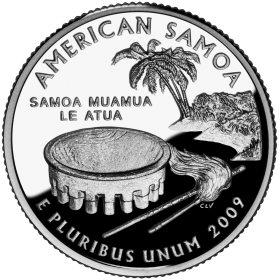 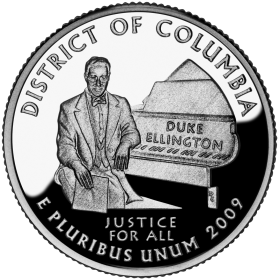 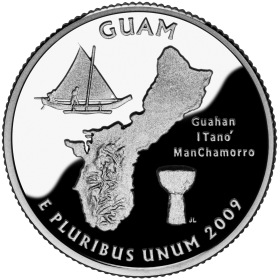 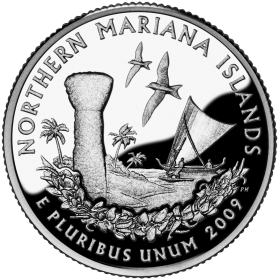 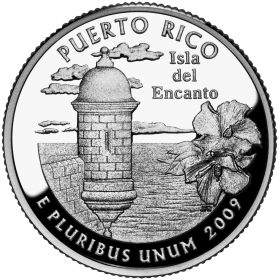 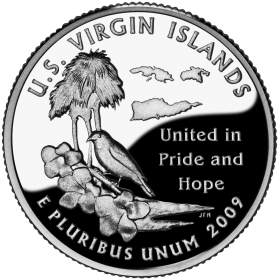