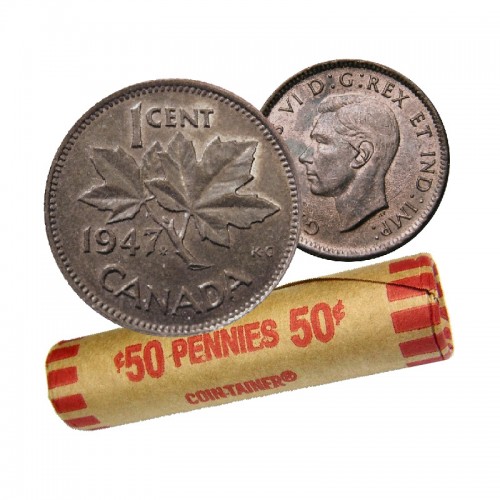 The granting of independence to India resulted in a dilemma for the Royal Canadian Mint in the early part of 1948. Due to a pressing need for all denominations of coins, the Mint satisfied the demand by striking coins dated 1947 followed by a tiny maple leaf denoting that they were actually struck in 1948.

King George V died early in 1936 and was succeeded by his son Edward VIII, whose portrait was planned for introduction on 1937 coinage. In late 1936, Edward renounced his throne and his younger brother was crowned as George VI. The obverses (head side) of the George VI issues are unique in that the monarch is bare-headed.

Coin depicts the design of King George VI with the Latin inscription:
GEORGIVS VI D:G: REX ET IND:IMP: meaning "George VI, by the grace of God, the King and Emperor of India."

As part of an effort to modernize Canadian coins, the 1-cent features two maple leaves on the same twig known as "Maple Twig".

Roll includes 50 coins of 1947 MAPLE LEAF POINTED 7 Canada 1 Cent (Small) in circulated condition.
Note: The photo of this item is a stock image only. 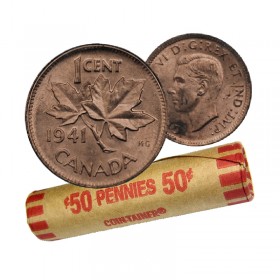 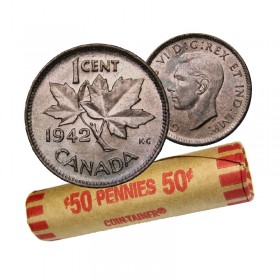 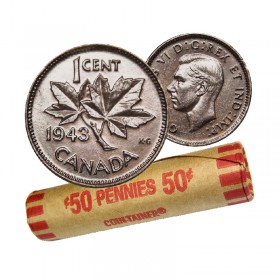 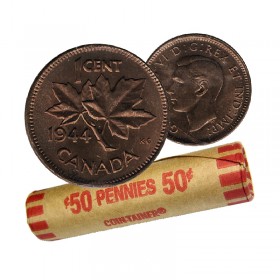 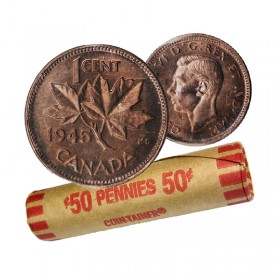 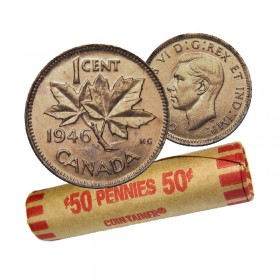